European Thermodynamics (ETL) were approached by a major global provider of 3G / 4G LTE and backhaul mobile telecommunications products to optimise the equipment’s chassis in terms of thermal performance.

The brief was a challenge since the overall power output could reach up to 60W. Embedded fan cooling was not an option so we needed to remove the heat via natural convection and conduction cooling. This led us to rethink the material that was being proposed by the customer and analyse other suitable materials that could replace it.

The client required thermal design and analysis as well as the production of a prototype and supply of a component to their system. There was a lot of capacity that was not being used in the current design and the way that heat was spreading across the product was inefficient.

A CAD design of the encloure 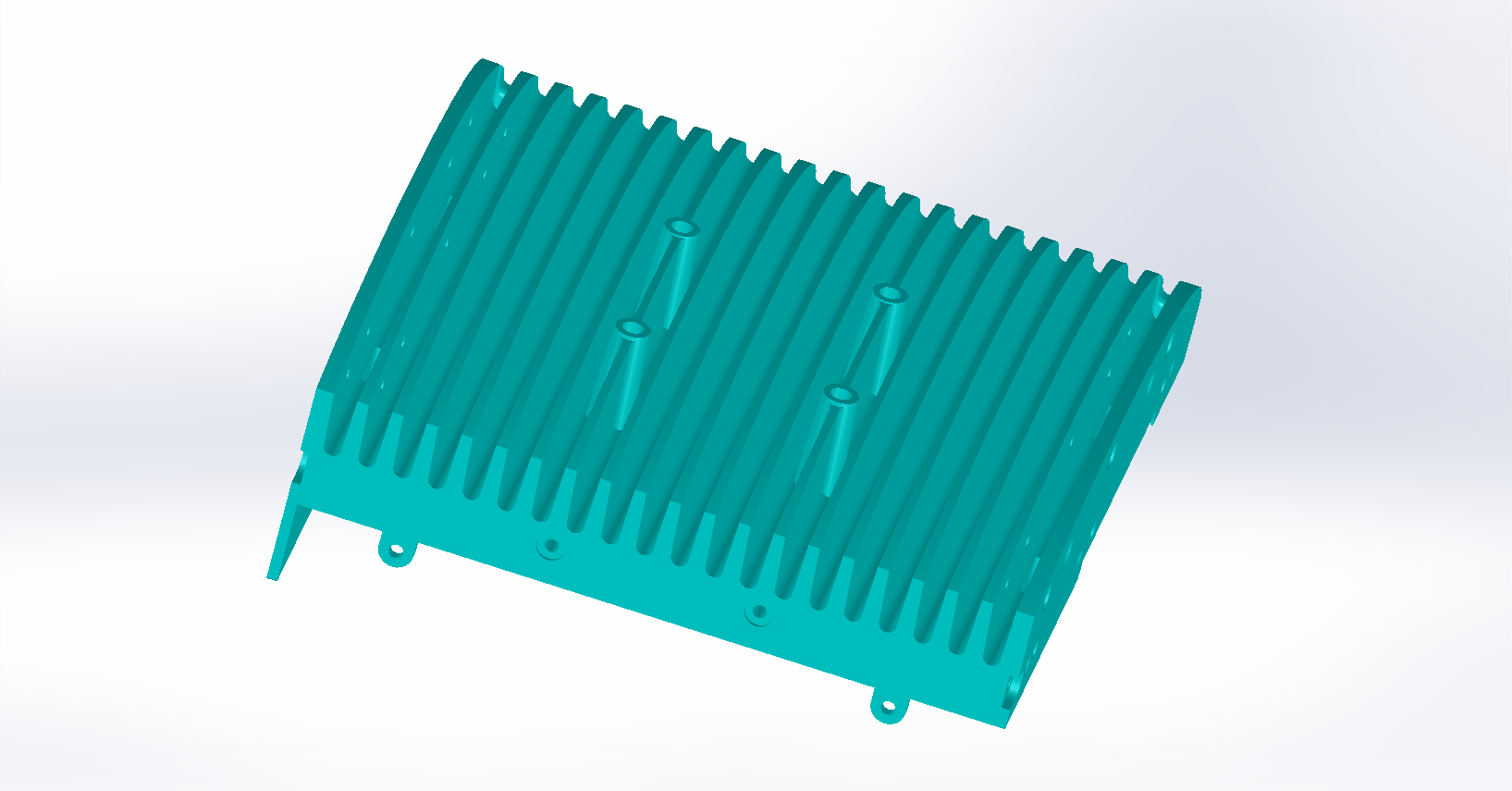 In order to meet the cost target associated with the piece-parts and increase the thermal heat removal capacity, we proposed to move to an alternate material composition that lent itself to die-casting whilst maintaining an increased performance in heat transfer. With typical thermal conductivity performance figures of 160w / m.k, A356 die cast material was the perfect choice. The computational fluid dynamics (CFD) modelling team set about defining the optimised geometry for the enclosure to be positioned either in the vertical or horizontal position. In conjunction with a die-casting partner, a design for manufacture (DFM) study was carried out post CFD modelling study and the assembly was optimised for high pressure die-casting.

During the initial T0 phase, anodisation application issues were overcome by using afine electro-plated coating in order to blacken the case for maximum radiative heat exchange. Following minor T1, T2 tooling amendments, the product was launched successfully and appeared to set a new baseline in the clients market in terms of increased output power. Equipment was passively cooled by the chassis contact points alone, resulting in an overall increased mean time between failure (MTBF) of the total system assembly, setting a new standard in die-cast material product design.

Our materials science engineering team are currently researching into extending the A356 material capability further towards 180w / m.k.

The final prototype, ready for tooling

"We worked with European Thermodynamics on the Innovteg project. We would recommend them because they have very high competence in thermoelectric materials, they have highly skilled personnel and are a flexible organisation to undertake complicated development tasks with."